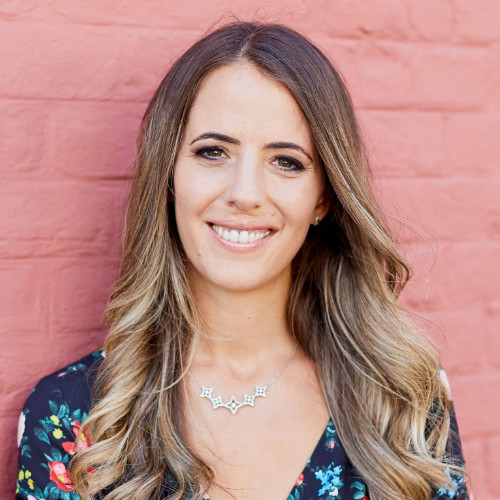 Catherine joined the financial services at the age of 19 and working in a male-dominated sales environment, she learnt a lot about personal finance. She also learnt what people struggled with when it came to managing their money. There was a common thread – lack of education about basic money matters and a heavy influence of personal money habits learnt from childhood.

Catherine’s earliest memory of money was when her dad used to take her and her siblings to the bank every week and put some money into their account. She would love to see the balance going up. Then one day she went to the bank and the money had all gone. This feeling of loss of control led her to believe that money needed to be spent before someone else spent it for her.

A few years later, her dad emigrated to Australia alongside her twin. At the age of 15, Catherine had lost two of the most important people in her life. She felt like she couldn’t control anything that was going on in her life at that time. She had been badly bullied at school with girls spitting in her hair at the bus stop, drawing on her school work, writing about her on the walls of the school corridors and calling her at home with death threats.

When her dad and brother left, she started to try and control the one thing in my life that she could – food, leading to a decade-long struggle with eating disorders.

With her self-esteem and body image at an all-time low, Catherine began to emotionally spend. She was out of control with her money and would rack up debts each month on catalogues and store cards buying clothes. Catherine anticipates that she spent around £50,000 on wasted clothes during her decade-long struggle.

In her mid-twenties, Catherine was bought a birthday present of a session with an image consultant. She came to her home and gave advice on style, body-shape, what colours to wear and self-confidence. Catherine was left sitting on her couch surrounded by 10 bin bags of clothes to get rid of. She sat down that evening and cried, feeling like someone had finally given her permission to get rid of the rubbish in her life that she had been holding onto in the hope of making herself feel better. It was a turning point in her life.

It was from that day Catherine made a commitment to herself to build a business that would help women feel better about themselves. She knew that her journey and story would resonate with so many other women who struggle with eating issues and launched her own image consultancy company. She loved every moment of it and finally felt like she was making a difference to other women’s lives.

However, when Catherine’s second son turned five weeks old he was diagnosed with bacterial meningitis and was told that she might lose him. It was a truly awful time but it wasn’t until Thomas came out of hospital that the enormity of it really hit her and she was diagnosed with PTSD. Catherine became incredibly anxious and started overspending. She would go clothes shopping in town and was constantly buying stuff online. She was spending money that she didn’t have on her credit card and was going into overdraft every month. This culminated in £30k of debt. With her financial background she able to recognise what was happening and change her behaviour around money.

In 2017, she decided to set up The Money Panel, feeling that there was an ‘advice gap’ in the market that had been created by regulation changes and lack of education for people about managing their finances.

One thing she really wanted to do was get people talking about money. Money can be a very isolating subject; someone might have had a bad experience that’s left them fearful about money, so they bury their head and don’t deal with it. Someone might feel ashamed or embarrassed that they’ve got themselves into a difficult financial situation.

Catherine regularly produces video content in her community in her pj’s to get others to relax around the taboo subject of money!

We use cookies on our website to give you the most relevant experience by remembering your preferences and repeat visits. By clicking “Accept”, you consent to the use of ALL the cookies.
Cookie settingsACCEPT
Manage consent

This website uses cookies to improve your experience while you navigate through the website. Out of these, the cookies that are categorized as necessary are stored on your browser as they are essential for the working of basic functionalities of the website. We also use third-party cookies that help us analyze and understand how you use this website. These cookies will be stored in your browser only with your consent. You also have the option to opt-out of these cookies. But opting out of some of these cookies may affect your browsing experience.
Necessary Always Enabled

Any cookies that may not be particularly necessary for the website to function and is used specifically to collect user personal data via analytics, ads, other embedded contents are termed as non-necessary cookies. It is mandatory to procure user consent prior to running these cookies on your website.